Professor Richard Dawkins, Enemies of Reason: “In Ayurveda or clairvoyance, homeopathy or astrology, we’re confronted by those who deny evidence of the real world and instead bend reality around a dogmatic belief system handed down by tradition. Sceptical, rational enquiry is always the best approach. We don’t have to follow the herd and buy into trendy untested health fads. We don’t have to be swayed this way and that by media-driven health scares. Instead we can think independently and be truly open-minded. That means asking questions, being open to real corroborated evidence. Reason has liberated us from superstition and given us centuries of progress.” 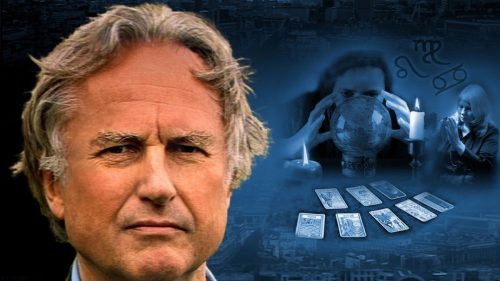 Dawkins Documentary – Enemies of Reason 2007 – image on many websites

Dawkins here is coming from the position that alternative medicine is threatening years of scientific progress and the health system. He sees it as a battle between reason and superstition – he calls it war against reason. His opinion is that “irrational belief is what the UK spend 1.6 billion pounds per year on – for things that don’t work.”  The press tends to go along with this, highlighting any errors made in the alternative field.

Jupiter’s domain
This month we look at Sagittarius and in particular the planet (and God) Jupiter, which is its ruler. Jupiter-Sag words are: belief, faith, culture, travel, judgment, vision, adventure and, being the biggest of our planets, space, expansion and all things big. Being able to see patterns is also a very Jupiterian occupation. Trendwatchers, strategists and the like, tend to resonate with all these qualities. A strange collection perhaps, so let’s use Dawkins and people like him as examples of why these themes might fit together.

The Scientists’ perspective
A lot of what Dawkins says cannot be argued against – in particular the sentences beginning we don’t have to … and instead we can be truly open-minded. But Dawkins and a lot of scientist aren’t. There is so much judgment in some of his statements. He dismisses thousands of years of Eastern culture with the first sentence. In the East there is plenty of evidence showing that Ayurvedic methods work and are used in hospitals but, as we all do, he has a fundamental belief system that filters out what doesn’t fit with what we know to be true or what we take as a basic belief.

Dawkins et al start from the premise that reason is the only thing that matters – reason is ‘God’ – but who decided that? He talks of irrationality as if it’s a plague. Personally I think a bit of irrationality is fine. Reality is also part of his belief system, whatever that is. His definition of science includes corroborated evidence. What he doesn’t ask is why people are going to alternative practitioners in droves. He has an answer for this himself, having been to many of them in the spirit of science and open-mindedness. They are nice people who give lots of attention (all true of course!) as they have the time (real doctors are too busy presumably), and it has a placebo effect. By this I assume he means that because we believe in something, it works. But as one alternative practitioner asks in the film ” why are we so much better at placebo?” 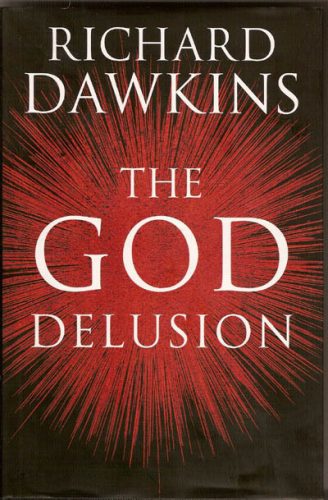 The other scientist’s perspective
Dr. Rupert Sheldrake believes in true science – one that asks real questions and starts with a level playing field. He is doing ground-breaking research in telepathy with corroborated evidence. He is attempting to get outcome-measured health care research introduced in the UK. His suggestion is to take a common problem, say lower back pain, and let anyone who maintains they can fix the problem, take part in a trial. The results would be measured, including what the patient says. This seems fair to me, but maybe my belief system includes fair! 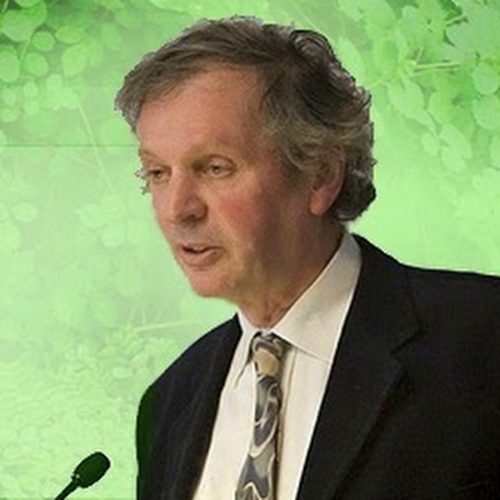 Sheldrake, in discussion with an eminent chemist Prof. Peter Atkins, fights back after being accused of non-scientific experiments. Atkins: “There is no serious work done on telepathy – no scientific controls – there is no point in doing it anyway as there is no serious reason to believe it works, as there is no mechanism in modern science to explain it. It is only sentiment that we would like telepathy to work.” Sheldrake asks:  “Prof. Atkins have you read my research?” Atkins response to this is “No, but I would be suspicious of it. It is just playing with statistics. I’ve read your other off-the-wall ideas in the past.” The arrogance of this is beyond belief. Like Dawkins, Atkins is convinced that science and religion (include any non-provable idea like telepathy or astrology) are incompatible. So much for being open to corroborated statistics.

What’s going on here?
So why does this happen? Can Jupiter help us to explain fundamentalism and prejudice? Dawkins, Atkins and Sheldrake are all convinced that they are right, as we all are from time to time. We need to have a basic philosophy of life. Interestingly both Atkins and Dawkins have Jupiter together with Saturn in the sign of Taurus, which is almost a textbook case of  the practical, concrete, scientific, ‘seeing is believing’ school.  That makes them good scientists.

Why does Jupiter go too far though? When this works negatively we get dogma and preaching of one’s own beliefs. Playing God and knowing that one’s faith is the only right one. Religion works the same way. Many beliefs are fine until they become dogma and people feel the need to put the world to rights à la Dawkins:  “The Archbishop of Canterbury is not deluded, just wrong.”

Jupiter has the function in society and in companies of creating vision, strategy for a community, a culture which works. When someone does something against the culture, this threatens the culture. So the group reacts to oust the wrong-doer. Civilisations and communities have always been threatened by changes in culture. They still are. The scientific community, meaning the type of science that Dawkins suggests,  has been very strong for a long time. Sheldrake has had many attacks from this scientific community, as he is a threat to the power the old culture has had. So are people who go to alternative, or as some would rather say, complementary healers. They are threatening the position and in some cases the credibility of traditional scientists.

My belief is that we can have both. Most good astrologers I know love science, and are very aware of what it has done. However astrologers, and many others, also believe in the ‘something else’, the unseen. Open-mindedness for all of us means looking at our faith and beliefs in our daily lives, in our companies and our countries. The Muslim dilemma is a good example of how this works. Often people who see this religion as a threat are aligning with a particular group. They often know nothing of the Muslim religion.

Be honest with yourself…
So in which parts of your life are you a fundamentalist? Where would you fight for your faith? What is it that you would never give up? What is is that you just know to be true? And the real question – what if it wasn’t true and how do you deal with this in the world? Jupiter, the God, was a judge and had all encompassing power, the head God if you will. You may find that when Jupiter calls, you are very judgmental in these areas. 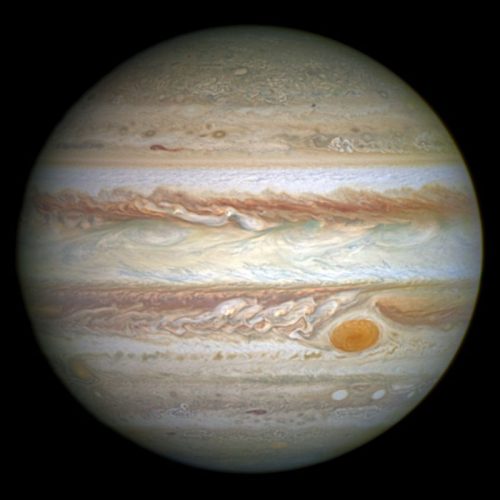 Photos of Jupiter taken by the Hubble Spacecraft NASA

Jupiter on the move

A last word on travel and how that fits with this archetype. By travelling (or changing jobs) we place ourselves in another culture. We are alone and have to fit in or become a change-agent like Sheldrake, sticking to what we believe and voicing our opinion. Travel makes us question our own faith, and culture. It can expand our mind and sometimes our life’s philosophy. Travelling either literally or in the mind, broadens and expands our understanding and our vision.

Jupiter and Pluto together and in Sagittarius

What to watch out for
This month, on the 11th of December, Pluto and Jupiter will be together in the sky. This conjunction only happens about once every thirteen years. The last times were December 2nd 1994 (Scorpio), November 2nd 1981 (Libra) and October 13th 1968 (Virgo).  This time it will be at the end of Sagittarius.
Pluto on its own in Sagittarius has given us several years of fundamentalism (see earlier posts) but Jupiter in its own sign and expanding the meaning of Pluto, means we are working up to a crescendo on that date. The negative side for the world is more fanaticism in religious or any faith areas. With Jupiter involved there is judgment. The threats are obvious and can be seen in any newspaper or on any television screen. After the 11th things should calm down in this are as we head towards 2008 and Pluto changing sign. But that comes with its own set of challenges of course.

The opportunity however, is a huge transformation of vision and belief, proof of something most people thought impossible. I once heard this described as colonic irrigation of the mind! Interestingly the last two conjunctions, apart from the many darker problems, have been important for global changes. In 1994 the worldwide web program was released on internet. In 1981 the US space shuttle Colombia made its first flight, the TGV, the high speed French train began its operation between Paris and Lyons and IBM entered the PC market. Perhaps our ideas of what is possible and our faith need a shake-up from time to time to create a new vision – this is one of those times!

And now I’ll go back to bending reality….

A very interesting site where scepticism gets thoroughly taken to the cleaners
www.Skepticalinvestigations.org
The Dawkins film

From a well-known astrologer Robert Hand – a Sagittarius: “For the foreseeable future, it would be well to keep science and the craft of astrology separate. The science can draw inspiration and ideas from the craft but it should not try to pass judgement or otherwise impinge too closely upon its practices.”
Robert Hand, in Astrology as a Revolutionary Science” ( in The Future of Astrology, edited by A.T.Mann, 1987)