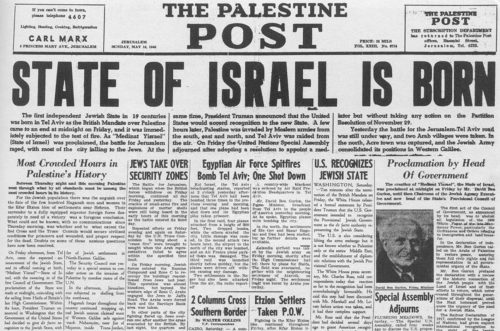 This month, during discussions both astrological and otherly (yes it’s a word in the urban dictionary!), the view that ‘you can’t not take sides when it comes to Israel and Palestine’  has been aired. It is a very sensitive subject and indeed it is difficult to stay neutral. But since it is Leo time, I am going to jump into the lion’s den, so to speak, and try to remain both ‘sideless’ and non-judgmental. I am well aware that anyone who writes for the media or in history books usually has an agenda. So trying to understand how the Israeli – Palestinian conflict started is difficult, if not impossible. I imagine that, like me, most people are not aware of a lot of the history of the area. And being bombarded daily by horrific media images doesn’t add to any type of understanding of the situation. It just adds to fundamentalist views and spreads them globally, causing problems in other countries.

I too have an agenda of course, but mine is astrological. I can’t look at any issue any more without using an astrological framework. But I can try to stay neutral by looking at charts. One thing I do know from my counselling experience is that our history and experience affect the way we live our lives. I believe this to be true for countries too. For people, the gestation period before birth and the circumstances around birth have been shown to have a huge amount of influence on our lives. This too is true, I think, for every entity – a project, a company and yes a country.

So I want to discuss Israel from this point of view. In the 1st Century AD , the vast majority of the population of Palestine was Jewish. Due to the many conflicts since then – the rise and fall of the Roman Empire and the Ottomans, among others – Jews spread throughout Europe and further afield. After WWI the Allied Powers set up temporary British and French mandates of administration over territories in the Middle East. Depending on which version of history you read, the causes of arguments between Arabs and Jews vary. But after much negotiation and another world war, one thing is clear – the British couldn’t solve the problem and, with the backing of the United Nations, resolved to relinquish their mandate at midnight on May 15th 1948. The solution was to divide up the area into Jewish and Arab sectors. To the British, a Capricorn nation, this must have seemed an obvious solution, as Capricorn likes problem-solving using structures, borders and boundaries!

A nation is born!

What happened a few days before the ending of the mandate was that, due to an invasion by the Arab Legion at dawn on May 12th, Jewish leaders proclaimed independence six hours before the end of the British mandate. So Israel, who had the backing of the UN for creating a Jewish State, was born on May 14th in the Tel Aviv Museum. Therefore we have a horoscope for the birth of Israel! Theoretically, modern Palestine should have been born at the end of the British mandate too, but autonomy didn’t actually happen until much later – 1994 in fact.  I will not discuss Palestine here other than to say that like Israel – it is a Taurean nation. They have different ideas about leadership though. So stubbornness is a problem for both these nations! There are various times that could be used for a horoscope of Israel. I have chosen the end of the proclamation meeting, as that chart seems to be reacting well to current events. 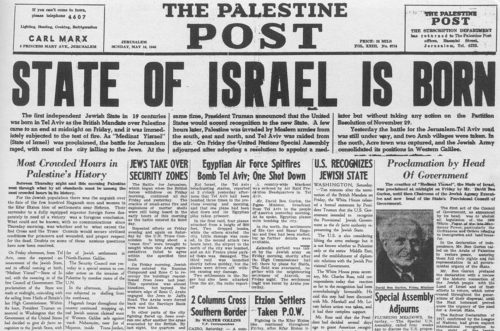 We can feel the tough background and imagine the environment into which Israel is born. The energy of the time gives a snapshot of Israel’s DNA. Jews had been victims of many terrible acts. Other nations were meddling in their affairs, and conflicts had been long and difficult. The longing to have a safe home can clearly be seen in this horoscope. Taurus just wants land to farm, a safe place and some good food. This is fundamental for any ‘baby’ with a background of victimisation. Anyone who wants to successfully negotiate with Israel needs to understand that this is not just stubbornness, although that is there too. Deep down there is a huge fear of homelessness and lack of safety. So anything that threatens that will be a hot button. Taurus is an earthy sign that wants to build, be financially secure and doesn’t want to move. It is a settling mentality. I have been to Israel, and the difference between the Jewish and Arab ‘DNA’ was abundantly clear. We met pleasant Jews and Arabs and horrible Jews and Arabs – just as in any nation. Although it was a long time ago, the memory of Arab hospitality, when we were given lunch and offered the luxury of an egg by very poor people, will stay with me for ever. I think many Arabs still have ‘desert nomad’  blood in their veins. Their goals for life are perhaps very different from the Jewish people whose aim is to build financial security and concrete products. Looking down from hills I will always remember the, (what I understood to be mainly Jewish), settlements that seem to rise from the desert with prolific date palms and other food. A wonder amongst the sand, and a reward for hard work. Truly inspiring. Although I understand that the original Zionist ideal of making the desert bloom is now part of the water shortage issue.

So from looking at this chart the Israelis (and they are not all Jews!) will be sensitive to anything that threatens what they have built, or what they own. On top of that, Neptunian energy is strong during the gestation period of the nation. If this was a person, healing wounds would need to include letting go of a feeling of being a victim and daring to show vulnerability and compassion to yourself and others.  A big ask.

So what about the Lion? 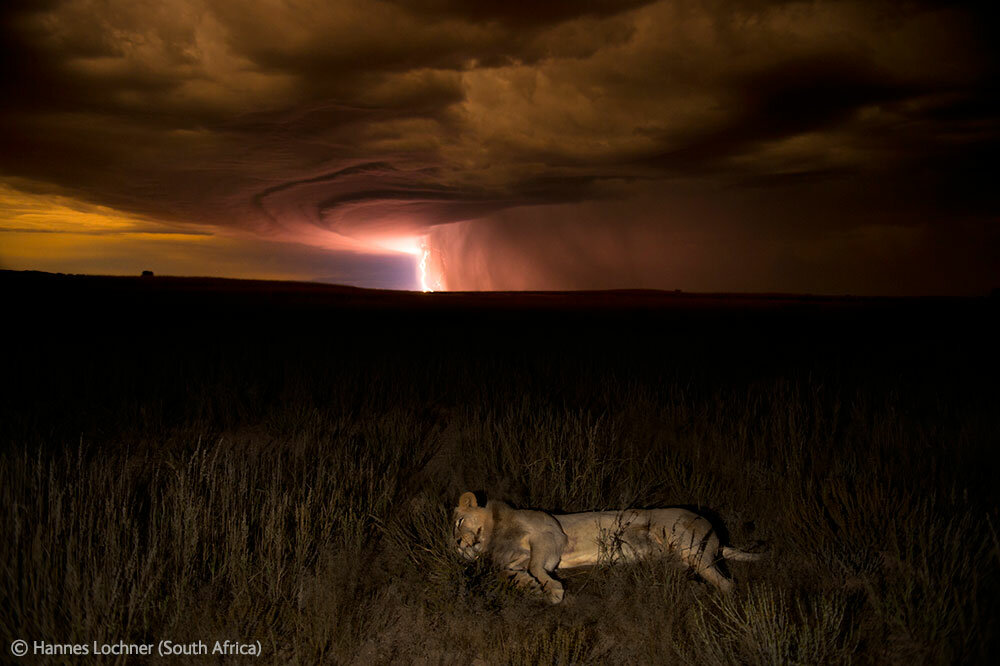 Wonderful photo of lion trying to sleep during a thunder storm by Hannes-Lochner available on her site http://hanneslochner.com/

Israel has a lot of Leo energy. This image shows the top of the chart – there are 4 planets in Leo: Moon, Pluto, Saturn and Mars – a lot of fiery proud energy. 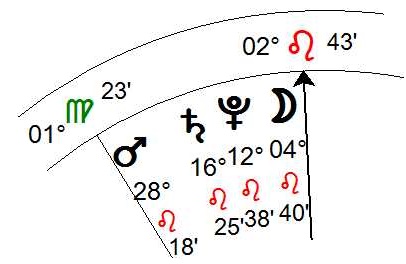 The mission of Israel and the reputation, as well as the way is it governed, is all very Leo-like. A proud nation indeed and when this archetype goes too far –  the ‘God’s chosen people’  type of arrogance is sometimes evident. But Leo is  good at leadership – creative and fatherly at its best. Playful and entertaining, and good at presenting and being in the spotlight. A conscious Leo nation could be a great leader in international affairs and I’m sure Israel is that in many circumstances. The government is of course also Taurean, with Mars and Saturn strong, so solid and stubborn, with the will to defend and fight and the need to be authoritative.

Jupiter is known as the God of thunder – he could throw thunderbolts if he was not pleased! Many astrologers were rejoicing when Jupiter entered the sign of Leo recently on July 16th. He would produce joy and parties, fun and luck. This idea comes from traditional astrology where Jupiter was known as the Great Benefic and Leo as the sign of fun and luck. It is blindingly obvious that he is not doing any of that in most places in the world at the beginning of his trip through Leo! To me and most modern astrologers, planets and signs are neither positive or negative. It depends on how well a person or a country can use the energy and how conscious they are. Jupiter expands. He makes existing patterns bigger, which can be good or bad. But when he touches a sensitive point in a chart, he can certainly throw the odd thunder bolt to wake us up.

Jupiter is crossing all these Leo planets in the Israeli chart. During some of the heaviest bombings of Gaza he was right at the top of the chart, triggering the need to have a great leader-like reputation. A need to be a ruling government. After Jupiter crossed the Moon (representing the populace – the people –  who in Leo, need attention and some time in the limelight) on August 6th, a cease fire held for a few days and some kind of talks began in Egypt. However as I write, the missiles and bombings have begun again from both sides and Israel have left the negotiating table and gone home again. I have no idea what is true, as I have become very suspicious of media coverage, but I can see what is being triggered and unfortunately it lasts for some time. There are probably war crimes on both sides as people will be people!

Jupiter has still to cross Pluto, Saturn and Mars. He goes back and forth over these points so his last ‘hit’ on Mars – the last planet in the line up –  is not until 3rd August 2015. And of course we are still in a long background period that I have written of often. Uranus (rebels) squaring up to Pluto (those on power). The themes below will be active – triggered and expanded – until after August 2015 when they will start to decline,  however dates to watch are around:

All of these could be positive but I think, given the history, it might prove difficult for Israelis or the people of Palestine to take advantage of what the heavens are offering. 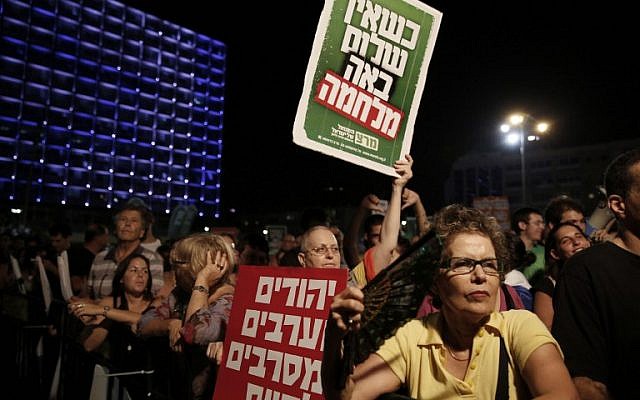 The only way any sort of mediation works between two parties, is if both parties want it and are prepared to change. Both Hamas, who are the elected leaders of Gaza, and the Israeli government don’t appear to really want to understand grievances deep down, but I have no idea if this is true. A lot of countries and their media have interests in this area. But what is absolutely heart-breaking is the number of innocent people who are being killed and injured – and perhaps even worse, that the children being born into the world now, particularly in the Middle East but also worldwide, are being imprinted with this energy. Young men are being radicalised in all countries. Mars – the energy of young men, has a place to defend and fight, but this energy must be tempered by the older wiser planets and feminine energy. The Saturn tendency to blame must be transformed into taking responsibility. Women must find a way to be heard and young men must find a way to channel anger so that it becomes the positive pioneering force that it can be.

“If you would understand anything, observe its beginning and its development.”
Aristotle

The chart I have used is from Nicholas Campion’s The Book of World Horoscopes. 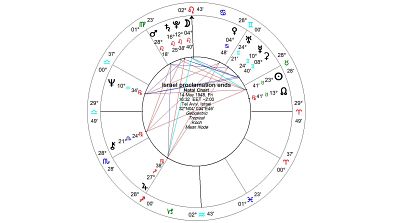 This one is for the end of Ben Gurion’s proclamation, which Campion suggests some Israeli astrologers use. It is a chart that seems to respond to recent transits of Jupiter, particularly over the MC when some of the heaviest bombing took place.  At 4:32 PM on May 14th 1948, Ben Gurion, after reading the independence statement and manifesto, and the scroll had been signed, is reported to have said: “Israel has been born! The meeting has ended.”

The trials and tribulations of a cat nurse
Toggle the Widgetbar