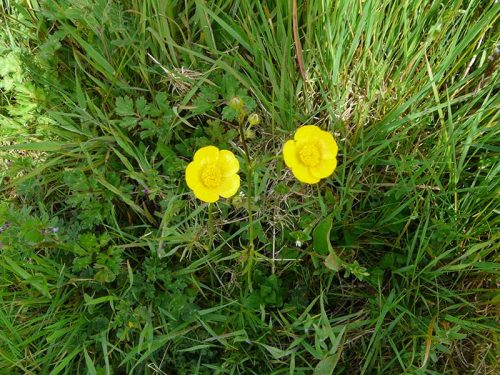 It’s been a strange and very mixed Taurus time this year. We started this period by celebrating Earth Day. And as if to highlight the point, the earth has been brought into focus with the devastating Nepal earthquakes, which have made life extremely difficult and sad for the thousands of people affected. My heart goes out to them – I can’t even begin to imagine what it must be like. I am really grateful that I am not there and was able to enjoy the green beauty of England in spring instead. I attended a workshop at Embercombe with the inspiring Scilla Elworthy – but perhaps more on that another time – although helping the earth and nature was definitely part of it. 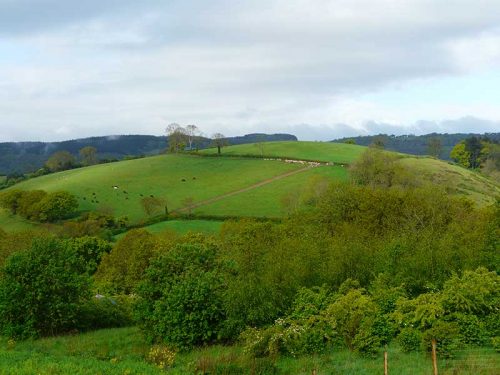 Embercombe from the Dining Yurt

Embercombe was started by a remarkable man who is passionate about the earth. In a wonderful talk he gave, Mac Macartney mentioned in passing that he was born when many planets were in Taurus, including the Sun and the Moon as well as Taurus on the ascendant. I love it when people follow the cosmic plan! You can feel the authenticity. Listen to Mac at the links below and you will see what I mean.  His is the perfect horoscope for someone who is so in love with the Earth and nature! 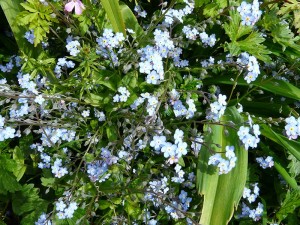 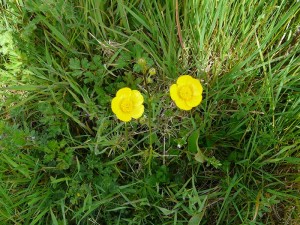 Forget-me-nots and buttercups at Embercombe.

Then we had the elections in the UK. The workshop I attended started the day after the results were out, and many people there were extremely upset by the outcome. As an outsider I tend to look at these elections as interesting phenomena – and of course to see if the astrologers who had predicted the outcome were correct. Many were right!  I had also cast a glance at the UK chart and the chart for the end of voting, but I am too much of a coward to put my predictions out into the world! On voting day, the Moon, which represents the people, started in Sagittarius – a sign not known for staying in one place – perhaps swinging voters! At the end of play, not only was the Moon in traditional Capricorn, but Mercury, the planet of opinions, was also in cahoots with old-school Saturn and in a very prominent place in the sky in London. I wonder if the conservatives got more votes later in the day. Taurus, being a fixed and stubborn sign, is perhaps not a good time to choose to hold elections if change is required. The star of the show was undoubtedly Nicola Sturgeon, who I wrote about last year. I think she, like Mac mentioned above, went with the cosmic flow by being exactly who she is. The rest were talking constantly about ‘the  deficit’. I would wager a bet that most people haven’t a clue what getting it down even means! At least Nicola talked in language that was down-to-earth and understandable! No more austerity! In this she was in tune with the cosmos in another way too – Taurus time highlights being able to enjoy the simple pleasures in life, like food.

Taurus – the dark side?
At the other end of the scale we saw a diamond (something ripped out of the earth?) sold for $22 million and a Picasso painting break the auction record at $179.3m. Taurus is a sign that represents values. When I see the people in Nepal on the news together with the Picasso story, I think the human race has a L-O-N-G way to go yet in getting those values right!

And a brand new princess
And then of course, speaking of the privileged, the world (because every country seems to want a part of it) has a new princess! I must confess to reading articles and watching clips about the British royals. Speaking as an astrologer, I find them wonderful to follow,  because although you don’t know what they are really like, their lives are so well documented and their birth times always so accurately measured (unlike for the rest of England – yes Scotland wins that one too!) that they offer fascinating research material. So will the shiny new Princess Charlotte Elizabeth Diana be able to be exactly who she is too? Only time will tell. There have been many astrologers already pontificating in detail about what she will be like, but that is not what I want (or even like) to do. What I do find fascinating is how family patterns work – which of course they do for everyone. They can be clearly seen in this family that has so much information (and disinformation!) written about them.

Some of my favourite things 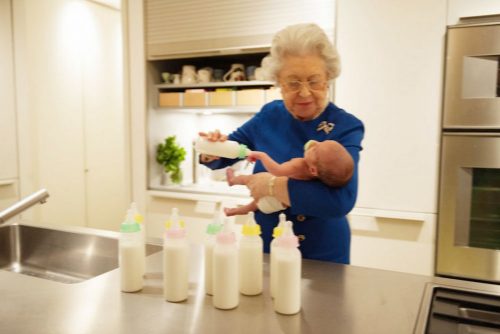 Having fun at mirror.co.uk – a very good queen look-alike!

Or not… In terms of the nature vs. nurture debate, most scientists suggest the ‘nature’ part of family patterns are caused by genes – physical things. Taking the Queen and the heirs to the throne as an example, there are clearly astrological patterns in their lineage. I would like these scientists to explain these patterns! The probability of this occurring is extremely low – obviously something other than genes is going on!

Many astrologers have commented on the Cancerian link – and indeed there are many. Below is the combination of Elizabeth, Charles, William and Charlotte. The Queen has only Pluto in Cancer, Charles nothing, William has the Sun and the Moon (a lot), and Charlotte only the ascendant. The reason Cancer was mentioned so widely is that Diana was Cancerian with Mercury also in that sign. So this blood line is clearly highlighting Diana’s contribution! Except for William, everyone has planets in the royal sign of Leo, which you might expect. Interesting then that Will tries to avoid the spotlight! 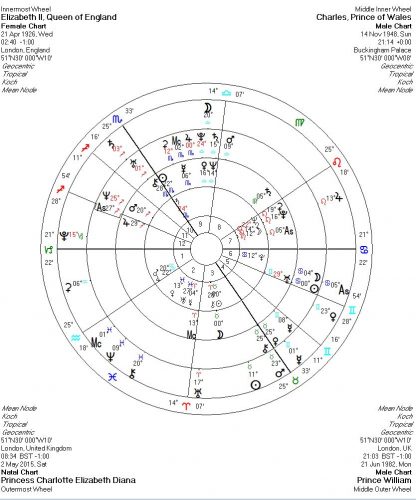 Queen Elizabeth and the heirs to the British Throne

But because we are looking at a new heir to the throne, (and not Diana) I find two other signs far more interesting – and yes, you guessed it – they are our sign of the month Taurus and its opposite – Scorpio. All these royals have planets in Taurus, starting with the Queen, who, like Charlotte, was born in Taurus time. The chances of that happening are pretty remote if the only explanation of patterns is physical genes. Only the Queen has nothing in Scorpio, so it seems Charles has started a new thread – he is a Sun Scorpio. This sign is often said to rule spiders and secrets – so it is fascinating that the letters he wrote over the years to government ministers and politicians, which he wanted kept secret, have finally been released. They are known as the ‘Black Spider memos’ because of his handwriting! 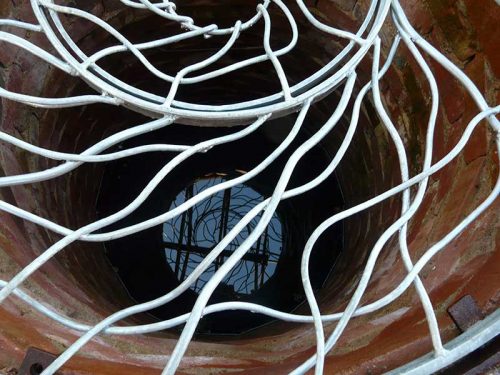 Looking down the hand dug well at Embercombe

Taurus is very strong in this royal lineage. This sign of the bull highlights a love of nature and natural things. The Queen is known to be a homeopathy fan, and there has been a royal homeopathic physician since 1840. She delights in being in nature with her dogs and has a love of horses. And clearly Charles is a big advocate for nature and natural organic products, which are produced on his farm. As a Taurus, I expect that Charlotte will be very happy to be brought up to enjoy the peace and quiet of the outdoors. She will take after her great-grandmother in many ways! She too will want to follow Taurean pursuits. Charles with the Moon (mother) in Taurus needs, as opposed to wants, to be amongst trees and green. There is probably a very solid and dare I say, stubborn streak in these three! As well as an earthy sense of humour, a huge amount of patience and common sense. Charlotte also has Mars in Taurus, so she is very fixed in her approach to getting what she wants. Good luck with that Will and Kate! William has Venus in Taurus so he values and loves Taurean things – the simple things of life, good food, comfortable surroundings – that sort of thing. 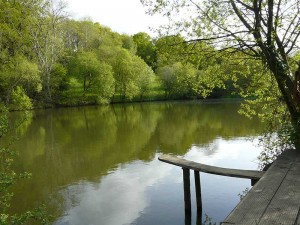 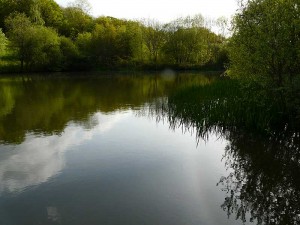 However Taurus is also a sign of material wealth. This is, obviously, a very wealthy family and they will not squander that any time soon! Charlotte, of course has influences from her mother and both grandmothers. Perhaps more on that at a fitting time.

And a very powerful presentation on nature (and many other things)

And if you want to know about the Queen’s homeopath, he’s Peter Fisher. 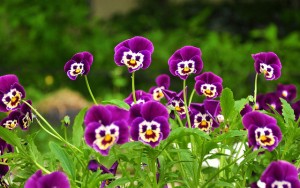 How old is your company – age matters!

Hitting where it hurts – for climate change