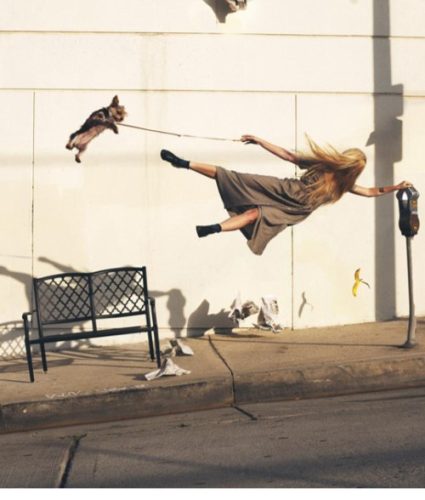 Welcome to the start of another year when the world looks set on self-destruction. The way we are heading is not looking good. However, if you have followed my blog for a while, you’ll know I am an eternal optimist and put my faith in the fact that we can change to create a better future. So what do the planets advise for 2023?

I wrote a post on Pluto changing sign a while back, and this year it becomes a reality, when Pluto does a trial run in Aquarius from 23 March 2023 – 11 June 2023.  After that he heads back to Capricorn for the rest of 2023. This is a taste of what will come in 2024 for around 20 years. Pluto in a sign forms the backdrop to periods of time and as such he is a really important marker for particular years.

Pluto (power) has been in Capricorn, the sign of governments, corporations, and management, since 2008, when he started trying to clean up all these areas. You may recall that was the time of the global financial crisis. Pluto has certainly exposed the misuse of power here. My post Pluto strikes the US  covered this topic.

By entering Aquarius, Pluto is on to pastures new. As I mentioned in my Pluto in Aquarius post he will challenge abuses of power in technology, the internet, science, IT systems and television. Shady dealings in all these areas will be in the spotlight. If there has been abuse of power, for example by internet services providers, or propaganda on TV, these will be exposed. We are seeing this already and we will no longer be prepared to put up with it.

What else is in the firing line?

Any business associated with social services will also be under scrutiny. These areas need to be cleaned out and revamped so that the people who need services actually get them. Consultancy and freelancing need transforming too, so any areas of underhand dealing or rip-offs need to be put under the microscope. I also mentioned AI. There are opportunities here but also major threats. And then of course there are UFOs. There will be more revealed about this too methinks.

What can ‘We the people’ do? 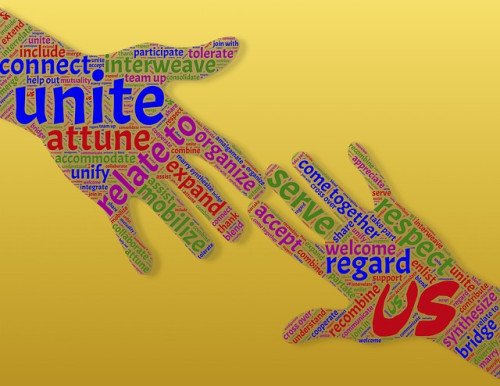 ‘We the people’ starts the preamble to the US Constitution. The Declaration of Independence was written just before Pluto entered Aquarius in 1777, however the formulation of the all-important Constitution was accomplished during the last sojourn of Pluto in this sign. This was also the time of the Liberté, Egalité, Fraternité of the French Revolution. Aquarius is the sign opposite Leo, so it represents the ‘commoners’, whereas Leo rules ‘royalty’. So Pluto in Aquarius offers an opportunity for all of us to step into our power. It really is the start of our ‘power to the people’ years, if history is anything to go by.

Like all planets, Pluto has his good and bad sides in each sign. If we all decide to use our power – and there are a lot of us! – then we can transform things in the areas mentioned above. We need to say ‘no’ to being controlled by AI, technology companies, such as Facebook, Google and Twitter, where censorship is rife. We need to be innovative about how we set up systems to avoid this control, including trying to stop things like digital currency control and digital ID’s which makes it easier for those in power to watch our every move. Aquarius is a very innovative sign. There are many local initiatives starting for food supply, clothing exchanges and even banks. See a link below. These are what we need to support.

We are not powerless

If we remain powerless by going along with government rules and regulations that are clearly harmful in some cases, we will be in trouble. Silence is consent. We need to speak up!  And not only about governments. It is heart-warming to see people doing this even when it endangers their own lives. Many are setting examples we need to follow or at least support, in a way that suits us. Civil disobedience is on the agenda! 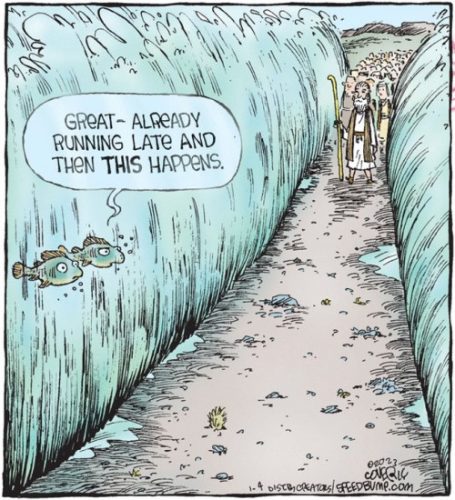 Doing the rounds on social media

Saturn entering Pisces is a strange mix. Saturn is about borders and boundaries, structures and blocks. When he passes through a sign he wants to ensure responsibility is being taken in the areas associated with that sign. Pisces is a water sign which is all about flow, sensitivities and the non-material. It represents compassion, and escaping from the real world. So Saturn here is a mixture of boundaries and no boundaries! He enters Pisces on March 8th this year.

How can we use Saturn in Pisces?

My view is that the cosmos will support us in taking responsibility for drug-use, refugees, and victims, to name a few areas. Hospitals and prisons also fall under Pisces auspices. So this might help in getting concrete plans to solve problems here. And of course, there is water. Saturn represents scarcity. Water issues will definitely be to the fore this year, and will continue until Saturn leaves this sign for good in 2026. Already drought is a problem, especially for crops, and drinking water is also under threat in many places. Unless we come up with a responsible plan, this could be disastrous. 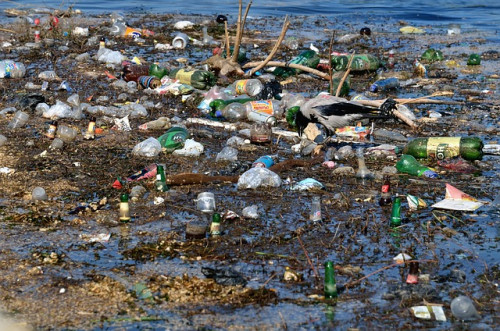 We need to learn to purify water too. Pollution is a major problem in seas, rivers, and lakes. Respect, another Saturn word, is desperately needed when it comes to water. Many indigenous people have been saying this for years. And many energy workers are helping to clean up water. Water has amazing properties, not least the fact that it holds memories. Some very special work is being done in this area too. See links below.

The other outer planets

The qualities of time are shown particularly by the cycles of the outer planets – Saturn, Uranus, Neptune and Pluto, as they move slowly, and we are all called to fit in with those energies. Hopefully we will do this by taking the opportunities offered in a positive way. I have discussed Pluto and Saturn, since they change sign in 2023. The other two continue on – Neptune in Pisces and Uranus in Taurus. 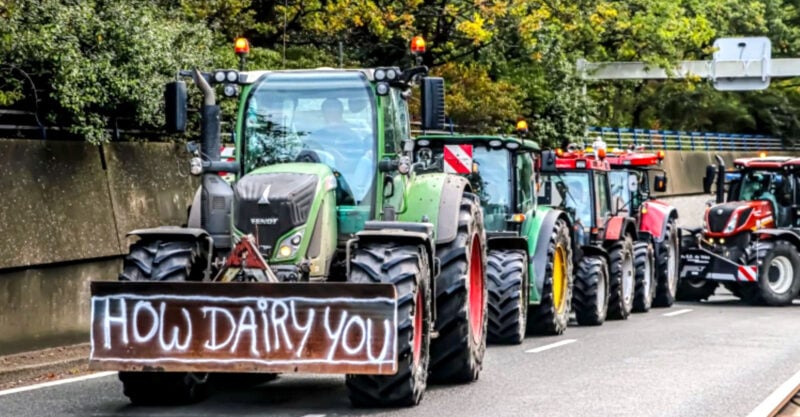 Uranus entered Taurus in 2018 and after a bit of to-ing and fro-ing at the beginning, he is staying there until 2025. My 2018 post ‘Lightning strikes the bull‘ discussed this, and is therefore still relevant. Having read it again, I think it is one of my better posts – if I do say so myself 🙂 Since Uranus is now half-way through Taurus, we have some idea of what he might be up to and what he is still asking for. The themes mentioned in the 2018 post are proving to be valid. A few examples: financial systems are in trouble, farmers are rebelling, especially here in the Netherlands, and just this week in London, the truth (Uranus) about sexually abusive police staff (Taurus) has come out. And of course, what we are doing to the earth has become crystal clear. There is also amazing innovation taking place. A good example of doing things differently in finance is ‘Bank on Dave’. See below for links.

Neptune in Pisces – too much of a good thing?

Neptune is still in his own sign of Pisces. He entered in 2012 and will finally leave in 2026, so he is active in the same areas as I mentioned for Saturn above. However he works very differently, as in many ways he is the opposite of Saturn. He has no borders and boundaries. He loves to escape. He dreams. He is compassionate. And he works in a way that means we have to let go and go with the flow. Including releasing our grief through tears, which can be very cleansing.

He helps us to be creative and he sets the background for what the world dreams of. What do we long for? Where can we get inspired? However, Neptune energy is elusive. It is not concrete the way Saturn can be. The two planets in the same sign could make dreams a reality, but we have to dream the good dream and not escape into virtual reality, although that is already being used for positive goals.

So what do we long for?

It is very interesting to track the way Neptune works by looking at films and art through history. When Neptune was in Capricorn, there was attention for installation art. In Aquarius it was more technological, the film ‘Avatar’ was released in this period. Interestingly ‘Avatar: The way of water’ was released this year with Neptune in Pisces. And we are now in the very visual world of Pisces, where images are the norm on social media.

Now we long for a compassionate world. We realise we are all connected, and we dream of being fully in tune with others – that others can feel what we feel. We want to help emotionally, but Neptune sometimes means we don’t believe that what we desire is entirely within our reach. 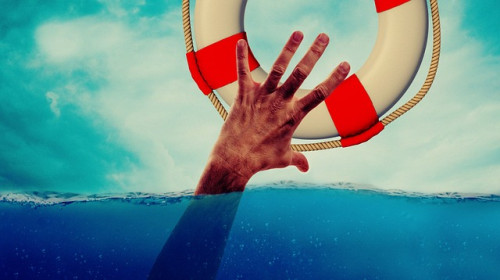 Neptune in Pisces can be chaotic.

Neptunian organisations, such as hospitals and prisons, are currently very overwhelmed. And the sad fate of millions of refugees is heart-breaking. Addiction – the escapist side of Neptune – is at record levels. It is obvious in the field of drugs, including pharmaceuticals and alcohol, and also in other areas such as social media and phone use. Gambling addictions seem to be on the rise too. With Neptune here, there are sometimes no limits to suffering. The only way out of this is to use our imagination and compassion to help ourselves and others. The 12-step program for alcoholism is very in line with a positive Neptune. A post I wrote in 2011 discussed addictions of generations. Talkin’ ’bout my generation.

This might be a time of grieving with so many dying, but we are realising the power of coming together and supporting each other. We are slowly dissolving old beliefs which will eventually create a more caring world. Let’s hope we can do that soon. There is too much division and violence in the world.

And the fascinating work on water being done by Veda Austin

“New year—a new chapter, new verse, or just the same old story? Ultimately we write it. The choice is ours.” Alex Morritt, British author who describes himself as a cultural observer.