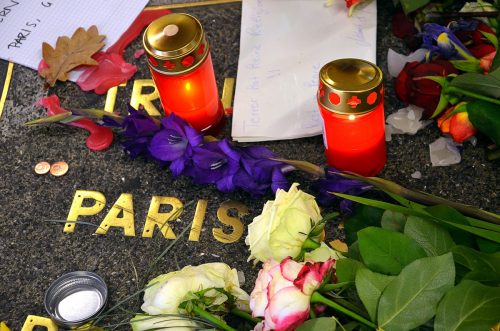 This Scorpio month is really living up to its negative reputation. The first part of my title sounds like what many would consider a great movie – maybe that’s part of the problem. But these were real headlines for the Paris terrorist attacks.

I don’t want to belittle the pain caused in Paris. My heart goes out to everyone there. It is truly frightening and the loss of innocent life is heart-rending. But really – war at the heart of Paris? Surely using this term implies a military action between two countries on a large scale. Perhaps we need to use this term so we can justify going to war with a group that covers more than one country. Is this not fanning the flames of what is a horrific act by a group of criminals? Albeit very dangerous ones.

The problem, I think, is another part of Scorpio – the other side of power – powerlessness, which is exactly what most of the world is feeling. The Paris attacks got a huge reaction in the West. There has been criticism online about why these deaths are more important than in the rest of the world. Of course they aren’t, but to speak for myself, I can more easily imagine sitting in a Paris café than I can imagine being in Beirut or Syria, because I have been there. It is close to home, and I resonate more with it, so can feel the pain more easily, and the powerlessness.

Powerlessness is something that is very difficult to deal with. We develop different strategies for coping with it at a very early age. I have written about this before in my Scorpio 2007 post.  In my view, the human race is struggling to come to terms with the use of power. Pluto, the planet of power, was only discovered in 1930 – very recently in the scheme of things. To me, this means we are still developing consciousness of this archetype. At the moment, acts such as the bombing of the Russian plane in Egypt, demonstrates an ‘I’ll show you’ attitude of retribution that doesn’t solve anything. But I can understand where it comes from. Power looked at astrologically is an emotional thing. But as fragile humans, we think we have to act to solve the problem of not having it. So we take revenge or retaliate – that sort of thing. Taking action and doing things are described more by fire and earth in astrology, not emotional water. You can’t solve an emotional problem by doing things – you have to work with feelings and emotions. Declaring war just makes everyone angrier and more dangerous or more vulnerable. It hurts! A Scorpio knows how to hurt, a conscious Scorpio knows how to use passion and emotion to improve situations, by using power for real positive change.

Scorpio polarises. We hate religions or countries without knowing much about them, or maybe because we don’t. And many people don’t do another Scorpio thing that would be helpful: dig deeper than the media, who really have a lot to answer for. The scary thing is that this sort of journalism wins people over. Words fail me sometimes about the lack of research done by many people – including the media!

We have to do the work

If we are to make a start at improving the state of the world, we have to look at our own attitudes, do research and stop believing everything the media says. The media needs to do better research as well – CNN has done some really embarrassing interviews – an example is with Reza Aslan. I understand that we mean to show solidarity by turning Facebook and buildings red, white and blue. What else can we do? But I agree wholeheartedly with Danielle Egnew, who is a Christian pastor. We need to do more than that. The link to her article is below. She is giving the US a dressing down, but it applies worldwide!

This weekend I am giving a workshop on ‘Women and Power’ and I wanted to promote it amongst the sea of red, white and blue on Facebook. But was that the right thing to do with all the pain in the world? Should I wait, as a mark of respect? Having slept on this question, my answer was NO. I can’t fix Paris, or terrorism in the world, no matter how much I would like to knock a lot of testosterone filled male heads together. Yes, I know there are women suicide bombers. But most violent criminals are still men. And most people brandishing weapons are still (mainly young) men. But I can do what I am good at to help the world. In fact that is the only thing any of us can do. I’ve said this before – we women need to step up to the plate to help the world. Encouraging women (and men) to use their own type of power is what I can do. During the workshop we will work on looking at our own attitudes and reactions to power, and hopefully gain some insight into how to change them so we can influence the world and our own lives in a positive way. It is highly likely that a very important topic will be part of what comes up – trust. A major issue in the world today – countries, groups and individuals have lost trust in each other. I have written about this before too in my Scorpio 2013 post. I was delighted to be sent a link to a video of someone I have huge respect for – Brené Brown. The link for the ‘Anatomy of Trust’ is below.

The media has been understandably dominated by the Scorpio topics above, however there are also some signs that the world is transforming (another Scorpio word) for the better during this Scorpio time. The film ‘He named me Malala’ was released. It highlights how one person, this remarkable young woman, has made a difference. It also shows what power women can have if we get the love and support of the men in our lives. Malala’s father is truly remarkable. 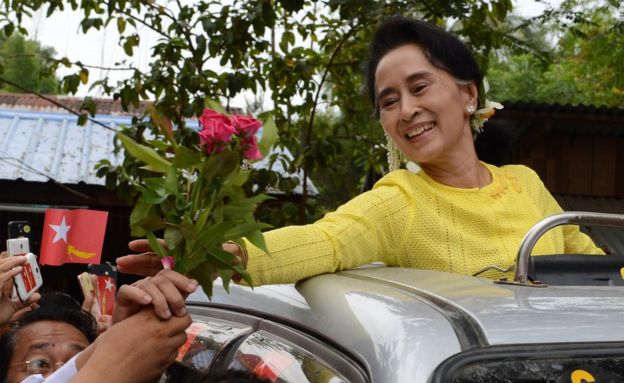 We also saw two other major changes this month following two elections. Myanmar now has Aung San Suu Kyi to deal with. She will lead the country even though she is not able to become Prime Minister. I hope she gets the support she deserves and can use her true power. Only time will tell – as is the case for the new Canadian Prime Minister Justin Trudeau, who when asked why half his cabinet are women replied “because it’s 2015!” YES!  But ladies, please – we have to make sure we’re not turning into sexists, although I know we have a bit to catch up with men in terms of commenting on how someone looks! Clearly some of you have been unable to resist judging him on his hair – not to mention the rest of him. The Mother of all non PC comments on terrorism by Danielle Egnew – the article mentioned above. Image of Brené from www.huffingtonpost.com

And this one on ‘Isis is Weak’ from Waleed Aly in Australia.

From of all places – the Batman film.

Power and Passion – Why do we give them up?